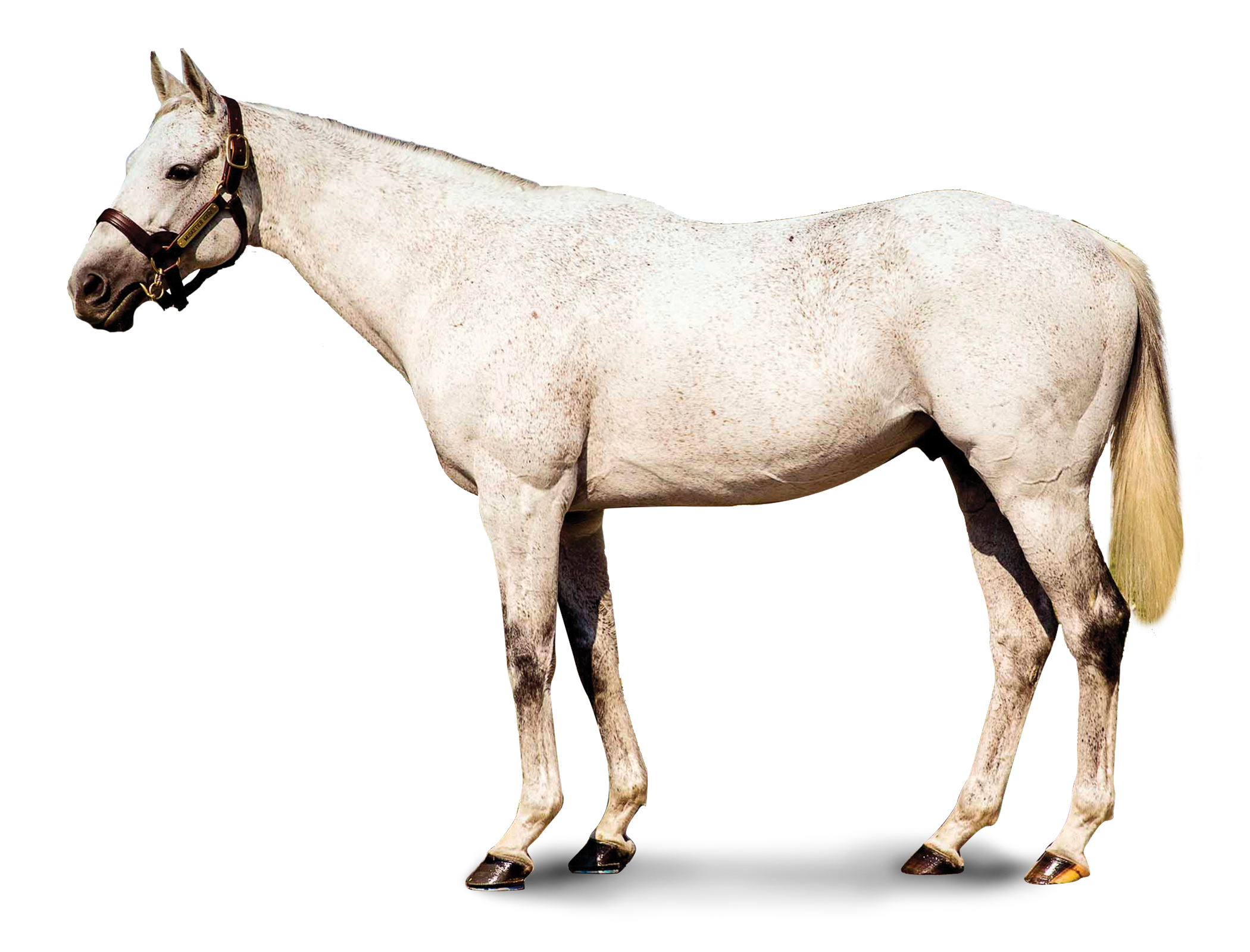 Musketier is remarkable in that he was a group or graded stakes winner in three countries, at two, seven, eight, nine, and 10 years of age. You’d be hard pressed to find another racehorse whose first and last group/graded wins were eight years apart.

Primarily a 12-furlong specialist, with six graded wins at that distance, his juvenile stakes score for trainer Pascal Bary in the Prix de Conde-G3 in France was over nine furlongs, and he was a short neck away from winning a mile Group 3 race that season. Doctor Dino, who was a six-length second behind Musketier in the Conde, later earned G1 wins in the Man o’ War Stakes and the Hong Kong Vase (twice).

In a career total of 50 starts, the gray son of Acatenango and the Linamix mare Myth and Reality (a half-sister to California G2 winner Miatuschka) won or placed in 17 stakes races —every one of them at group/graded level—and earned a total of $1,130,027, along with his Sovereign Award in 2011, when he was nine. He won two editions of Keeneland’s G2 Elkhorn and three of the G3 Singspiel at Woodbine, and one G2 W.L. McKnight at Calder.

Musketier’s sire Acatenango (by champion sire Surumu, the broodmare sire of Monsun) is recognized as one of the greats in Germany, where he was champion three-year-old, twice champion older horse, and a multiple Horse of the Year. Outside of his home country, he tallied a win in France’s G1 Grand Prix de Saint-Cloud and a third in England’s G1 Coronation Cup.

At stud, Acatenango was Germany’s leading sire four times and leading broodmare sire twice. He is best known in North America as the broodmare sire of Kentucky Derby winner Animal Kingdom and G1 Beverly D. winner Eclair de Lune, but he sired Sabiango, who won the G1 Charles Whittingham Memorial Handicap at Hollywood Park, and Fraulein, first in the G1 E.P. Taylor in Canada. Acatenango’s daughter Borgia placed second at three in the Breeders’ Cup Turf in 1997, the same year she beat the boys in the G1 Deutsches Derby (German Derby). His Japan Cup-winning son Lando, a Horse of the Year, was a good sire in Germany, with 15 group winners.

GROUP 3 WINNER AT 2 IN FRANCE