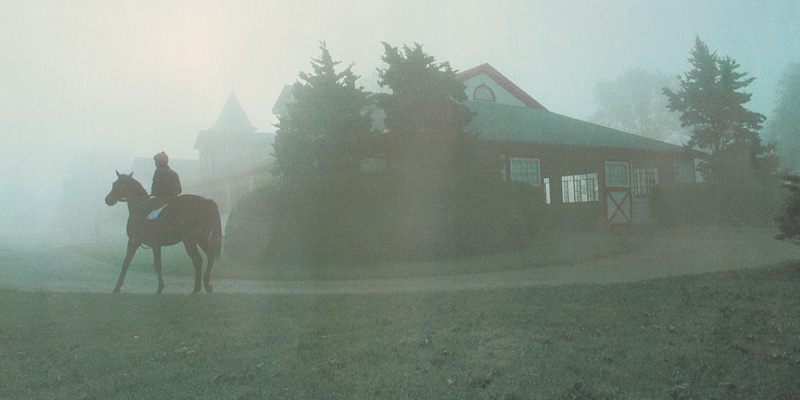 William Monroe Wright, successful entrepreneur and owner of Calumet Baking Powder, established Calumet on a small Lexington Kentucky farm. He initially developed the farm to breed and race Standardbred horses. After Wright’s son Warren took over the farm in 1932 following William’s death, he began moving the business toward Thoroughbred racing. 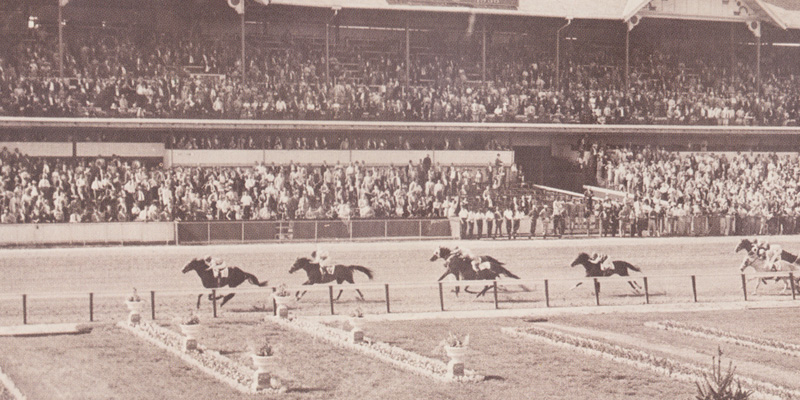 The Wrights began bloodstock investments with the idea of breeding and raising their own horses. They purchased Nellie Morse in foal to the stallion American Flag. Nellie Flag was the first champion to don Calumet’s “devil” red and blue racing silks, which would remain a staple of horse racing for the remainder of the century. 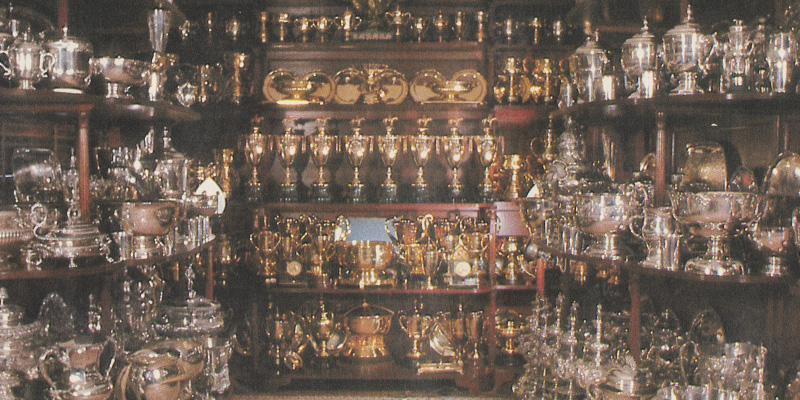 The Wrights purchased an interest in the stud career of English Derby winner Blenheim II and bought a yearling colt at the Saratoga sales who became five-time Leading Sire—Bull Lea. 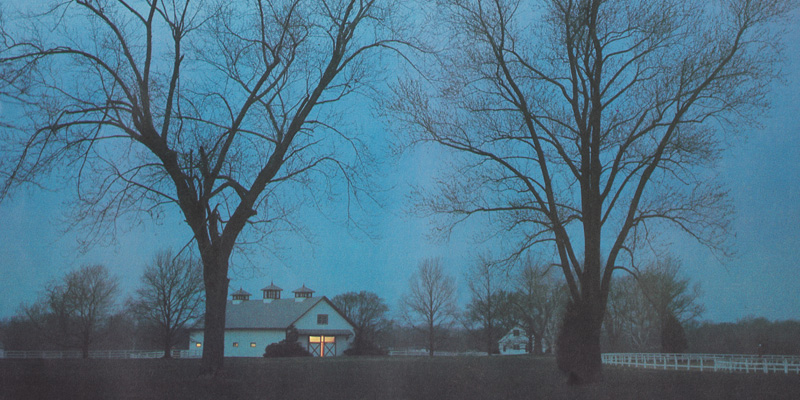 The Wrights hire the famed horse trainer Ben A. Jones. Jones’ son Jimmy soon joined him and they trained Calumet horses together for the next 20 years. 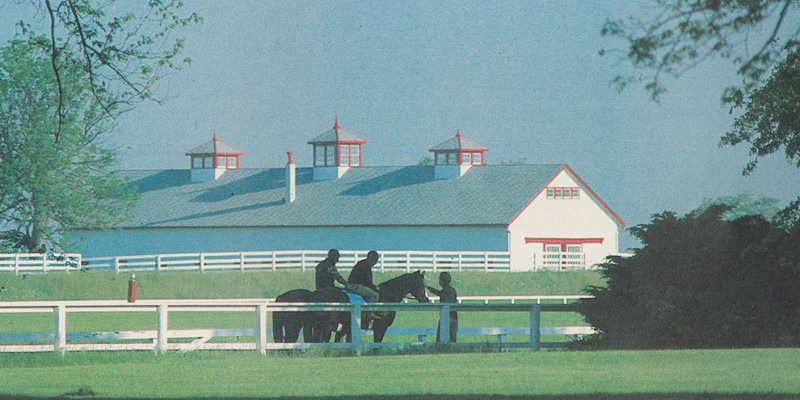 The first Calumet horses were sent to Jones’ shedrow. 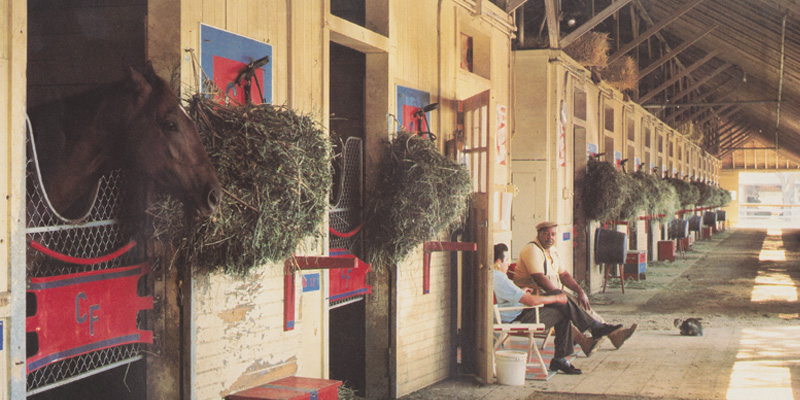 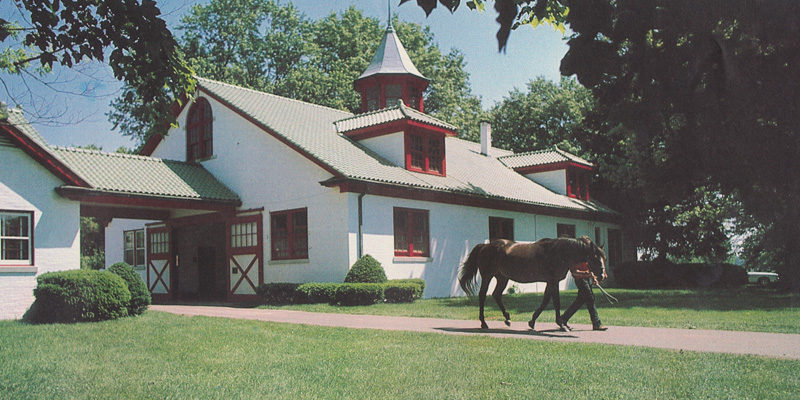 Calumet experiences great success throughout the ’40s and the ’50s, dominating the racing scene with horses like Twilight Tear, Armed, Coaltown and Citation. 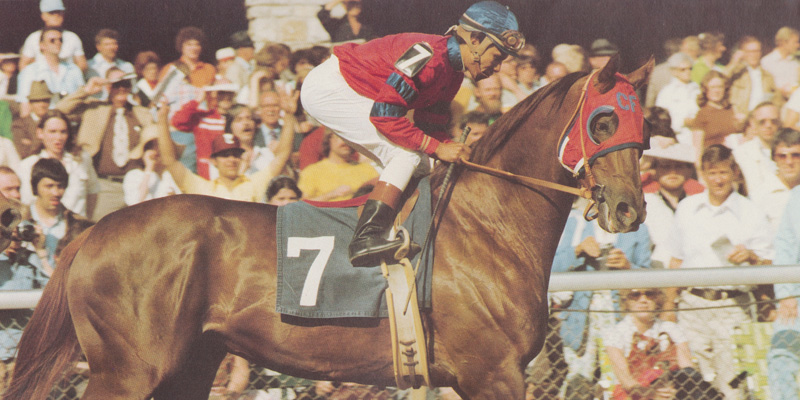 The farm becomes the first to exceed $1 million in purse earnings. 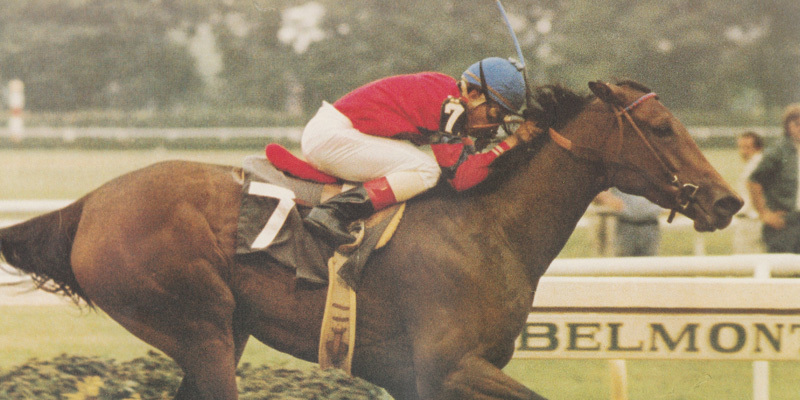 Citation wins the Triple Crown. Legendary jockey Eddie Arcaro would go on to describe Citation as the best horse he ever rode. In media polls at the end of the last century, Citation was ranked with the likes of Man O’War and Secretariat as one of the best racehorses of all time.

Having taken over the farm after her husband’s passing, Mrs. Wright remarries in 1952 to Admiral Gene Markey.

Trainer Ben Jones passes away. This also marked the last of Calumet’s Leading Owner and Leading Breeder titles, as well as the last of Bull Lea’s major stakes winners.

Calumet only races 20 stakes winners. For many farms this would be considerably successful, however as compared to Calumet’s former successes, this was a serious decline.

Alydar, of Calumet, with Affirmed, provides racing with one of its greatest rivalries. This includes neck and neck finishes of every leg of the Triple Crown, a feat not repeated before nor since.

Due to age and failing health, the Markeys gradually relinquish many of the farm and stable decisions to trainer Veitch, farm manager Melvin Cinnamon and long-time office manager Maggie Glass.

Admiral Markey passed away on May 1st 1980. The day was commemorated by the name of the farm’s Grade 1 stakes winner May Day Eighty.

Mrs. Markey passed away in July of 1982. She was the mistress of Calumet for more than 50 years.
After Mrs. Markey’s death, the farm passed to the heirs of Warren Wright. Operational management fell to J.T. Lundy, husband of Wright’s eldest of four children, Lucille “Cindy” Wright.

During this time the farm was in serious decline. One of the bright spots was the development of Alydar as a world-class sire. Alydar was America’s Leading Sire in 1990 and his Calumet-bred sons won Horse of the year honors in 1990 (Criminal Type) and took another Kentucky Derby in 1991 (Strike the Gold).

Alydars dies and accelerates the farm’s decline. Soon afterward the farm goes into bankruptcy, the horses are dispersed and the land put to the auction block in 1992. This seems to mark the end of an era.

Successful businessman Henryk de Kwiatkowski who had grown fond of the pristine beauty of Calumet Farm on his regular visits to the Bluegrass State, learns that the farm is to be auctioned. He quickly flies to Lexington, arriving less than an hour before the event and wins the ownership of Calumet with a final bid of $17 million. After his purchase of Calumet, Kwiatkowski returned the farm to its former beauty with white fences and lush fields.

Henryk de Kwiatkowski passes away and the operation was passed to his family members as a group of trustees.

Coaltown (1948)(*a Champion Sprinter and Horse of the Year)

Real Delight (1952) (*won what was then considered the “Filly” Triple Crown by sweeping the Kentucky Oaks, Black-Eyed Susan and Coaching Club Oaks)

Alydar (1978) (*finished second in all Triple Crown races to Affirmed)

Bull Lea remains one of the most impressive sires in the Thoroughbred history. Bull Lea sired 58 stakes winners and his progeny’s purses totaled $13,589,181 through 1969. A list of his most famous progeny include:
Armed, Iron Liege, Bewitch, Mark-Ye-Well, Citation, Real Delight, Coal Town, Twilight Tear, Faultless, Two Lea and Hill Gail.